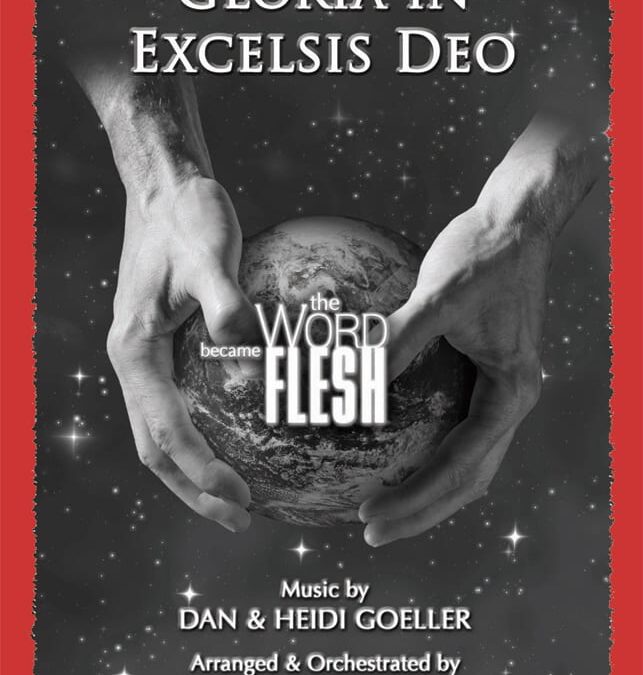 Although I like all of The Word Became Flesh, I think Gloria in Excelsis Deo is undoubtedly one of the most exciting moments in the whole work. If you listen carefully throughout the underscores of The Word Became Flesh,, you’ll notice a distinctively exotic sound that always accompanies angels. For example, you’ll hear it in The Angel Gabriel Underscore, during the angel’s appearance to Joseph in The Child Is Born Underscore, and in the Good News of Great Joy Underscore that precedes this Gloria piece. This distinctive sound you’re hearing is a modal harmony called Lydian. Lydian is a lot like the sound of normal major music, but it has a raised fourth scale tone. It is this exotic interval that is intended to illustrate the mystical experience of the narratives and pronouncements of Gabriel, and the host of angels that appear to the shepherds outside Bethlehem.

My goal in composing this setting of the Gloria is to transport you to the hillsides outside Bethlehem on that “holy night when Christ was born.” A music director in Virginia really encouraged me this week. He just returned from a trip to the Holy Land. He mentioned touring the hills outside Bethlehem where there are still men herding sheep and goats. As he related this image he told me, “As I looked out on those hills and imagined what it might have been like to see a host of angels appear in that sky singing, ‘Glory to God in the highest and peace to His people on earth’, your Gloria music was playing in my head.”

That testimony really encouraged me because Heidi and my goal is to try to make the Word of God come to life for everyone who hears it. I hope that as you sing this piece, you will be able to feel the excitement that those shepherds must have felt on that night over two thousand years ago.